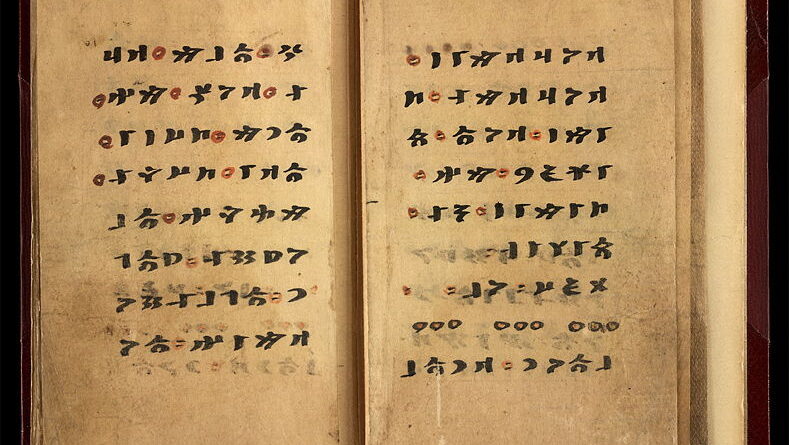 The degree of divergence of language makes it possible to date the period of its disintegration. And modern Turkic languages are so similar that the disintegration of most of them dates back to the late Middle Ages and only the oldest on the verge of our era. It is by this consistency of causality that Ukrainians understand the Pole, the Czech, and the Croat, because the disintegration of our languages is associated with the migrations that took place in the IV – VII CE. That is why we do not understand the Celtic languages, because they divergence from the Proto-Ukrainians on the border of the Bronze and Iron Ages.

In order to avoid misunderstandings about the title of the article, I will move on to the answer. The Scythians of the Black Sea region have no reIation to the Turkic languages. But for some unknown reason, some researchers purposefully trying to include them into the world of unfounded Turkic theories of origin. Most modern Turkic languages have a high level of mutual understanding. This applies to the recent common origin and spread of these nomads from Central Asia in Common Era.

Words of Indo-European origin can also be used in Turkic languages, as their speakers are partly descendants of Asian Sakas, whose roots can be found in the Corded Ware culture  and in the Andronovo culture of the Bronze Age. That is why the same roots in Scythian-Sarmatian ethnonyms can be considered in terms of both Aryan and Turkic languages. This is what the authors of the ideas about the Scythian Turkic language are doing.

Words of Indo-European origin can also be used in Turkic languages, as their speakers are partly descendants of Asian Sakas, whose roots can be found in the Corded Ware culture  and in the Andronovo culture of the Bronze Age. That is why the same roots in Scythian-Sarmatian ethnonyms can be considered in terms of both Aryan and Turkic languages. This is what the authors of the ideas about the Scythian Turkic language are doing.

Many Turkic words also entered the Ukrainian language, but this invasion concerned events of the Middle Ages, not the Scythian era.

Proto-Turkic, Mongolian, Japanese, Tungusic, and Korean languages originated among NEOLITHIC FARMERS in the West Liao River Basin (Northeast CHINA). Since 2012, the version that the original homeland of the Turkic languages in southwestern Manchuria has been popular. The early spread of the Trans-Eurasian (Pre-Altaic, Paleo-Asian) languages was due to agriculture and the cultivation of millet, but not to cattle breeding.

In 2021 in the journal Nature Martine Robbeets  and a group of researchers addressed this issue by “triangulating” genetics, archeology, and linguistics in a single perspective.

«The Late Bronze Age saw extensive cultural exchange across the Eurasian steppe, which resulted in the admixture of populations from the West Liao region and the Eastern steppe with western Eurasian genetic lineages. Linguistically, this interaction is mirrored in the borrowing of agropastoral vocabulary by Proto-Mongolic and Proto-Turkic speakers, especially relating to wheat and barley cultivation, herding, dairying and horse exploitation»

6811 BC BC – this age was determined by researchers for the proto-Altaic unity of the Turkic, Mongol and Tungusic languages, which coincides with the beginning of the cultivation of millet 9000 years ago.

The age of the language node of the Turkic language family was determined at the age of 2100 years ago ± 175.

Consequently, the Turkic languages separated from their ancestral womb, the language node, not earlier than the III BCE, and according to glottochronology I BCE. That is, there could be no Turks in the Ukrainian steppes in the time of Herodotus’ Scythians.

The Scythians and Sakas of the Iron Age belonged to the Scythian group of languages, pre-Aryan or Proto-Iranian. “Iranians” is the name of a modern ethnic group, so this name is not very suitable to describe one of the most odious ancient peoples – the Scythians. If the original people, a group of ethnographic groups, existed for at least 1,000 years in one delineated territory called “Scythians-Skolots”, or even all 2000 years, it is logical to assume that there was a separate dialectal continuum of the Scythian group of language.   Scythian language most likely related   not only with Iranian languages and Sanskrit, but also with Proto-Celtic and Thracian languages. Linguist V.Abayev called this influence European ” isoglosses”. No wonder some ancient authors have argued that the Saki and Persians are of Scythian origin, not vice versa. And now they have turned everything upside down. Imagine that, “English has been classified as an American language group?”  –  is what it looks like.

I will take the courage to hypothesize that Proto-Turkic ancestors correlate with some haplogroups:

The beginning of the Turkish assimilation of the population of Transcaucasia, including Azerbaijanis and Anatolia, can be considered the conquest of the region by Seljuk Turks in the XI century and the migration of Turkic peoples, which continues in the following centuries, including those who moved during the Mongol conquests in XIII century.

Branches R1a Z93, 94.95 (in particular R1a1a1b2a2 – Z2124, Z2125, Z2123) among these peoples – this is only part of the descendants of the Asian Saks, who were assimilated by the Turks. Among Ukrainians, only 3% (7 carriers) of that South Asian, Indo-Iranian, Sakas branch. And among the Scythians of the Black Sea region, only one individual is remotely associated with this “Andronov” haplotype.

Let us return to the Turkic languages, in particular to the terms “SAKA” and “SAGA”.

Vocabulary from steppe pastoralists began to influence Proto-Altaic, in particular Proto-Turkic languages, only in the Late Bronze Age, especially in the cultivation of wheat, barley, livestock, dairy, and horse exploitation.

Interestingly, the authors of the article do NOT associate the interpretation of the term “Saka” and “Saga” with Sanskrit. Śakya (shakya) – “able, skillful”, Indo-European (Proto-Germanic) word sag – to cut, Scythian “sagaris” – axe (Persian bilateral battle axe, Scythian in origin), or Ossetian sag, Saka – deer, Kazakh “sakshy” – guardian. Instead, the root “Sak” means the fermentation process. Remember that this term is borrowed from Proto-Mongolian and Proto-Turkic languages ​​from steppe pastoralists, not the other way around.

Haplogroups of Huns, Avars and Scythians of the Black Sea region

Some dare to assume that the Transbaikalian Huns and Avars have some longevity (origin)  from the Scythians. I will not go into the details of this topic, but I will give you data on the Y chromosome and mtDNA to make you understand that these peoples are not genetically related.

Attempts to identify the Xiongnu with later groups of the western Eurasian Steppe remain controversial.

The Avars are related to the Chinese and Uighurs

Thus, in the case of Avars, they are similar in some mtDNA lines to Turkic-speaking Uighurs and Buryat Mongols, and in the male-Y chromosome to the Finno-Ural peoples, due to the dominant genetic marker of Avars – N1a1. The Black Sea Scythians did not have this haplogroup (Y – N1a), but also to the Asian Saks, even the Sarmatians were not late carriers of these genes. Well, in Ukraine, naturally, this haplogroup “N” is almost absent, from 0 in Transcarpathia to 2% in Ukraine as a whole, except for the Zaporizhzhia region – 8% (Utevskaya, 2018). Because, as the  «Tale of Bygone Years»  tells us, they (Avars) perished as ” обърѣ”. Genetics has confirmed this. The results of genetic research indicate that the Avar elite did not mix with the local population of the VI century and could remain consciously supported by a closed stratum of society.

Scythians of the Black Sea

In the early Middle Ages, Greek authors continued to call the Scythians the entire population of the former Scythia, which was ruled by Attila. But still, I would not advise anyone to declare the Huns, much less the Avars, descendants of the Scythians. I wonder how you relate to Priscus of Panium mention of the Roman Embassy in Attila (5th century) that the Scythians had their own barbaric language and the Huns had their own.

Scythians and Sakas are different peoples, so they have different descendants. They are united by a common circle of Scythian-Saks material culture, including some elements of animal style in art, horse harness and weapons (akinak). The concept of the “Scythian triad” was introduced in the 1950s. From 1970, various archaeological cultures began to be called “Scythian”, including Sakas and Sarmatian. Therefore, to avoid confusion, do not extrapolate the ethnonym “Scythians” to “Sakas” or vice versa. The Scythians, whose name is Skoloty, are a people formed as an ethnic group in the northern Black Sea coast.

The ethnocultural marker-indicator “Scythian triad” or “Scythian languages” is not a reason to spread the toponym “Scythia” and the ethnonym “Scythians” outside the territories from the Danube to the Don according to Herodotus (5th century BC). As a last resort, the border of Scythia can be extended to the shores of the Caspian Sea, according to later stories of Jordan (6th century). This makes sense given the Scythian pre-Asian campaigns across the Caucasus. But do not forget that from the beginning of Scythian history in the 7th century BC., from the stories of them Herodotus to the period of life of the Gothic historian Jordan, was more than 1000 years.

The Scythians are similar in origin to the population of the Bronze Age of the Northern Black Sea Coast. So forget the utopian theories about the “Turkic-speaking Scythians” in the Black Sea. The oldest Turkic people nearof Ukraine are the Chuvash. But no one dates the emergence of the Chuvash language of the Bulgarian group before the 4th century. The oldest probable Turkic-speaking parishioners in the eastern Caspian steppes are the so-called Sunu-Huns (Xiongnu) also in the 4th century, or in the south of Kazakhstan at the turn of our era (Kangyu).

So, a brief summary.

The minimal component of the Indo-Aryan or south-eastern branch of Indo-European migrants in the form of R1a Z93, Z94 was present in the wandering tribes of the Eurasian space of the Iron Age and the Middle Ages. But this is not a reason to call them all Scythians. The Scythians lived from the Danube to the Don. The Black Sea Scythians were not the ancestors of the Turkic tribes, but some of the Asian Sakas did. The Turkic expansion picked up the former Indo-European population from the Don to the Altai, but this was already in our era, long after the historical Scythians.

Use the red “translator” button in the lower left corner and select your language! 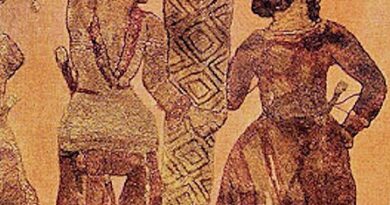